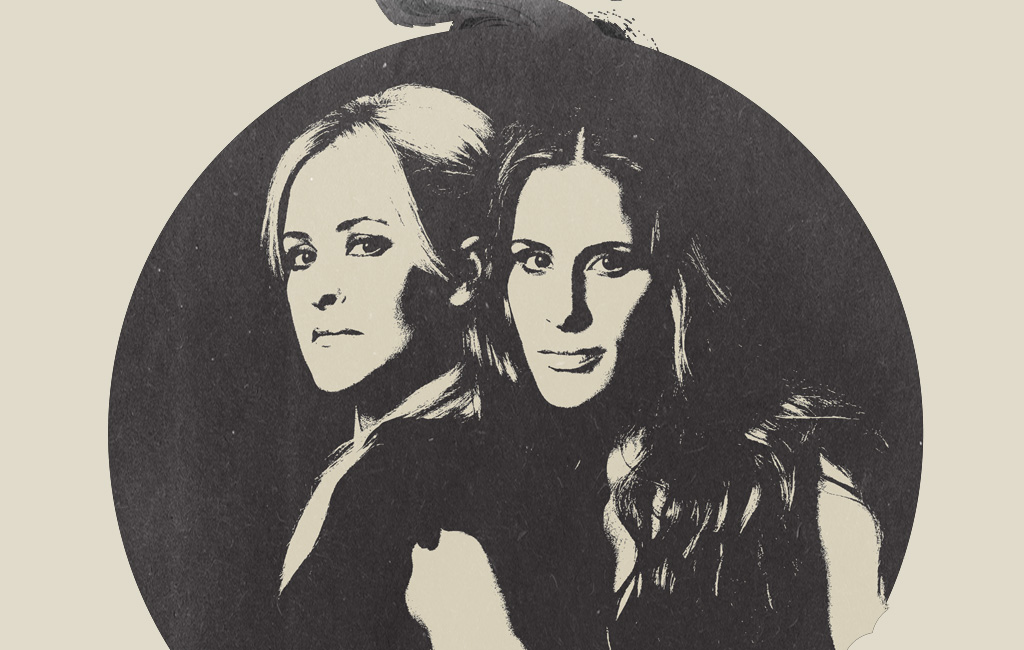 “We’re a band, not a side project. We like our sound, and we’re going to continue to do this, and share something new this time around.” Emily Robison couldn’t be more clear about the game plan for the Court Yard Hounds, the group she and sister Martie Maguire head up, as they get ready to release their second album, Amelita.

Building on the success of their self-titled 2010 debut, after the Dixie Chicks went on hiatus following a five-Grammy triumph in 2007, the sisters began with a consciously different approach. “We went through a demo process and wrote a lot more songs this time around,” Emily says. “We took about a year to really flesh out these songs, write with different songwriters, as well as more with each other this time around.”

Martie adds, “We really did write for a full year, and the focus was to write together. We were in the room together a lot more with [CYH guitarist] Martin Strayer than we were the first time around. We figured out that the magic combination for us to write the best songs is to have myself, Emily, and Martin in a room together.”

“The songs are different,” says Emily about the new album’s dozen tracks. “I’ve opened up to other ideas and ways of looking at life and the world. It’s not only a more hopeful album, but it’s more … well, fun. And everything isn’t quite so personal this time. We took a step back and took a broader view.”

In keeping with that broader perspective, Emily and Martie opened the door to new collaborators.

On “Sunshine,” co-written by acclaimed singer/songwriter Jonatha Brooke along with Strayer and Alex Dezen, they gracefully expose carefully manicured claws, taking a swipe at a rather narcissistic acquaintance who believes himself to be above mere mortals, their silken harmonies belying the grit behind their words: “Someday you’ll be up on your mountain/High above the clouds where you can never be found/But you start a fire just to beg for intervention/You like drama and attention/God forbid we bring you down/ We call you Sunshine.”

“We called the song ‘Sunshine’ just for the sake of sarcasm,” explains Emily. “Everybody knows this kind of person who is the turd in the punch bowl. They’re the person who comes into the room and just deflates everything going on. And it’s a song about that person, who’s just a little bit too self-important and thinks that the world revolves around them and you just want to scream, ‘Stop bringing me down.’”

“Emily and I are very averse to confrontation. We would be the people that would just be thinking this but never really come out and say it, and then just have a little inside joke like, ‘Oh, here comes Sunshine.’ So this song is for him,” laughs Martie.

“Phoebe,” written with Strayer, is a cautionary tale, based on a true story Emily and Martie read about. The frenetic, anxious melody, chillingly close harmonies, dark grace and ferocity reminds one of an Appalachian murder ballad.

“The song was actually based on a news story that really hit home for us,” Martie says. “It’s about a girl named Phoebe who was an exchange student from Ireland. She was a stunningly beautiful girl, and after she took up with the star football player, the other girls from the school got territorial about it and would just taunt her. They were ruthless, ruthless, ruthless. One day she went home and got a rope and hung herself in her stairwell of her house. You hear all these horrible stories every day, but there are certain ones that really just pierce you right through the heart, and that was one.”

The title track, one of three songs written solely by the sisters, pensively addresses the problem of underage prostitution Emily and Martie witnessed while the Dixie Chicks were in Mexico filming a video for “Long Time Gone.” Its deceptively breezy south-of-the-border sound belies the painful disparity between their world and beautiful but sad-eyed teenagers standing in the doorways 100 feet from the set. “Our hearts just went out to them. We wanted to save them and take them away from that situation,” says Robison quietly.

Independent artist Tyler Lyle snagged two co-writing credits on the album (for “The World Smiles” and “Aimless Upward”) as the result of an unusual creative venture. “We did some writing retreats that turned out to be really fun,” recalls Martie.

“No kids. No husbands, no — well, one boyfriend, because he’s in the band,” adds Emily, referring to her significant other, Strayer.” And then we just would pick songwriters we liked, most of whom we had never written with before.”

One of the retreats “was headed up by one of the Sony A&R people, named Teresa LaBarbera Whites,” says Emily. “She’s known for getting artists and writers together to see what can happen. The other writing retreat that WE put together in Florida was a group of handpicked people that we just wanted to write with. Some things came of that — an artist named Tyler Lyle, who ended up co-writing two of the songs with us.”

Martie describes the process, “We were lucky enough to have a friend who set us up in this big house, and we were steps from the ocean. All the local restaurants donated food and they would bring over lunch so we could work and not have to worry about food. We had a whole coffer full of guitars and dobros and banjos and mandolins and anything anybody would want to play. And we just sat around and got in different groups. It happened very spontaneously. Different people would pair up. Early-morning people would be out on the patio writing a song before I would even wake up. It was so fun, and even if we hadn’t gotten one song from that, it’s awesome. The bond I feel now with those people is pretty deep. And it’s not about the songs that end up getting finished and made. It’s about the time together. And you learn little things from these artists about their process, and you try them. You adopt little tricks of the trade.”

So moved, Martie co-wrote seven songs of the 11 songs on the album. She also sang lead on “Guy Like You,” which she wrote with Martin Strayer. It’s both a fierce declaration of independence and a conjuring spell for a new love, and as ephemeral as a first kiss.

“I told Emily that I didn’t want to be the singer when we started Court Yard Hounds, because that just seemed like climbing Mount Everest for me,” explains Martie. “Emily didn’t have any problem with singing lead — or at least she didn’t seem to. When we did the first record, she told me, ‘I just go in there and throw it out there, warts and all. I can’t kind of half-ass it. Where they fall, they fall.’ I watched her do exactly that. From her I learned that you needed to believe in whatever you do and own it, because it’s going to be a lot better owning it than sticking a little toe in the water and retracting it the minute you get scared of your own shadow.”

“Why was I able to sing lead? Well, I’ve just gotten to that place in my life where I say, ‘Why the hell not?’ It’s a nice place to be. I love this band…the way we explore new aspects of ourselves and what we can expect from each other, both musically and as people. We are close. Plus, being on the road and being in the studio is like my spa from the everyday challenges of just being a mom.”

Of course, Emily and Martie are used to doing more than “just being a mom.” They founded the Dixie Chicks in 1989 and went on to sell more than 28 million albums, becoming the best-selling female group of all time. But after Chicks lead singer Natalie Maines expressed a desire to stay home with her kids, Emily and Martie became restless.

“We started to get antsy, and it wasn’t about trying to get something back, it was just about playing and wanting to create something new,” says Emily.

What emerged became the Court Yard Hounds, named after “The Courtyard Hound,” a novel within Game of Thrones creator David Benioff’s 2008 novel City of Thieves. Emily was riveted by a passage about how talent is a “fanatical mistress” who “bangs on your door at odd hours, and she disappears for long stretches.” It was as if it spoke directly to the sisters.

“It wasn’t so much like use it or lose it; it was more that talent can be fleeting, in a way,” explains Emily. “Not necessarily the talent but the drive to do it and the circumstances to do it, and that you might not have the same spark tomorrow that you have today to do it.”

They have no intention of losing the spark. “I think there’s more confidence on this album,” Emily says. “We used a lot of the same players that we love, so there’s a familiarity about it. We used the same producer, Jim Scott, whom we trust and love, but I think we’ve approached it differently because we felt like, okay, we are a band.”